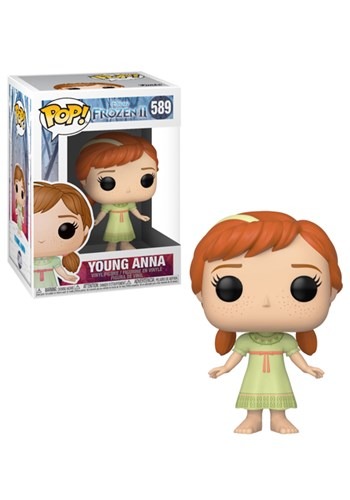 Do You Wanna Hear a Story!?

Once upon a time, there were two little sisters who grew up in a glorious kingdom, filled with magic and tales of wonder. Then, one day, the red-haired girl had all of her memories of magic wiped away when some trolls removed the magic from her head. Fortunately, some of that little girl still remains in this officially licensed Pop! vinyl figure of Young Anna. It's time to awaken the magic again in Frozen 2 and you wouldn't want to leave this adorable figure behind.