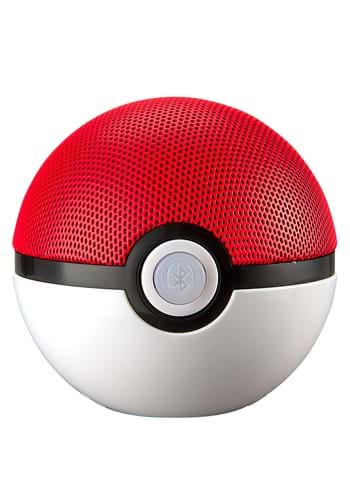 Even though Poké balls look the same on the outside, each one holds a different Pokémon, and each Pokémon has a unique power. Blastoise can shoot water faster than a fire hose and always hits its target. Charizard, the flame Pokémon, can fly and spit fire, while Golduck is the strongest swimmer of them all. The gluttonous Pokémon, Victreebel, can devour anything and melt it into nothing. It’s what on the inside of the Poké ball that matters. Trainers must bring the right Poké balls to every battle, but which Poké ball would they bring to a dance battle? Every good dance battle needs music. Unfortunately, Bluetooth is not an ability even the most evolved Pokémon can achieve.

A Pokémon Poké ball Bluetooth Speaker is the Poké ball every trainer needs for a dance battle. This officially licensed Pokémon Bluetooth speaker can do a few things that regular Poké ball can’t. The speaker can wirelessly play music from a computer, tablet, or smartphone. It can also answer and end calls via speakerphone and has a built-in rechargeable battery. Can a Pokémon do that?  We should warn you that even though this officially licensed Bluetooth speaker looks almost identical to a real-life Poké ball, it’s best not to throw it.