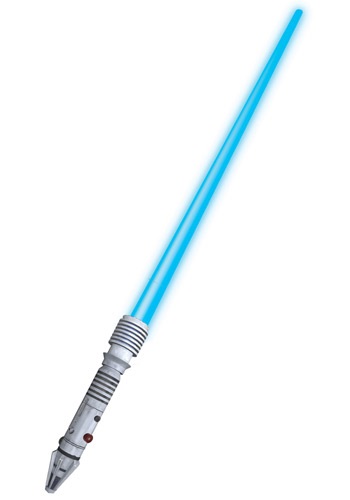 Plo Koon was the man (or the Kel Dor, if you want to get literal)! He was one of the first Jedi outside of Anakin and Obi-Wan that we spent time with during The Clone Wars animated series. He showed himself to be very wise (like most Jedi) yet very bold—willing to take on the toughest of odds if it meant saving his friends and subordinates. Plo Koon was also the first Jedi Knight that Ahsoka ever met (and a great teacher, what a Kel Dor). If you want to make a splash at the next Star Wars themed work party or just want to give the Jedi the admiration he deserves, you have to get your hands on this Plo Koon Lightsaber!