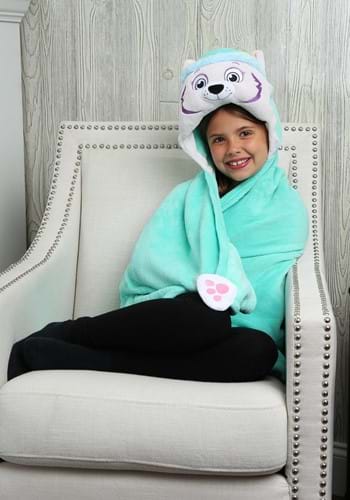 When there's a blizzard going on, you can count on one particular pup to be out working in the frigid conditions: Everest. He's a member of Paw Patrol who's job is to manage the snow when it's really coming down outside. He clears snow from the road during emergencies and he's even rescued a fellow pup from falling off the snow cliff because Everest works well in the show. She's a husky, after all!

Everest is a rare pup tho because most dogs like to stay cozy and cuddled up inside a warm house when the weather is cold and snowy. Your little Paw Patrol fan probably likes watching his or her favorite show from the comfort of the couch instead of shoveling a walkway up to the house. Make their couch time extra cozy by draping them in this Everest comfy critter blanket. The microfiber fleece features a character hood so kids can even look like their favorite character while they're snuggled up on a snowy day.