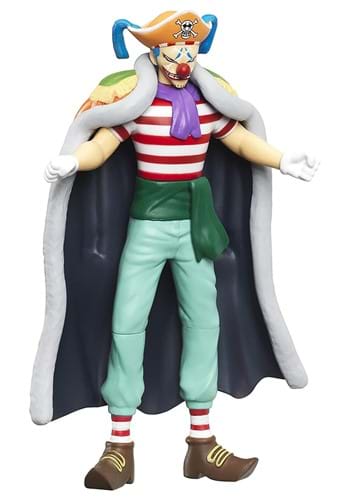 The Devil Fruits will do some strange things to a pirate. Luffy got weird stretching powers. And Buggy? He can dismember his own body and still be fine! It's not exactly the kind of party trick that's "Ha! Ha!" funny. Well, the same goes for this One Piece Buggy the Clown Action Figure! The figure is inspired by the villain from the Eiichiro Oda anime series and stands 5.5 inches tall. The figure has plenty of detachable pieces, so you can recreate his creepy battle scenes from the series. He's ready to command your crew of action figures into the Grand Line!