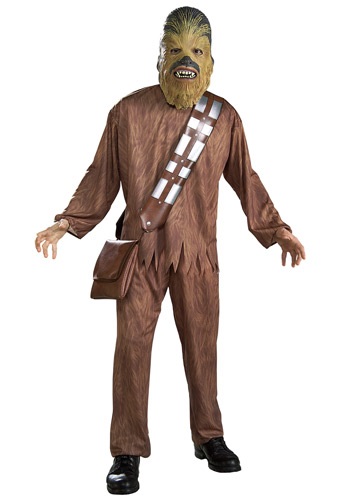 When you’re the right hand Wookie of the galaxy’s most notorious scoundrel and pilot, you know that you’re going to be dragged into not just any number of conflicts but probably every one of them!  Now, it wasn’t always that much of a problem when you considered that most of your enemies would be Stormtroopers who couldn’t hit the broad side of a Galactic Destroyer with their blaster fire.  But, rumors from the field are that they’ve started retraining their troops and have even started training a new class of Flametroopers.

Now, Wookies don’t just prize honor, combative prowess, and that spirit rising warble of their voice.  Of course, their greatest pride comes from that soft layer of fur all down their body.  It’s practically what defines a Wookie, after all.  And, as you might have guessed, Flametroopers use fire which doesn’t exactly mesh well with a soft downy coat of Wookie fur!  So, the Rebels have taken a few important steps to protect their furry friends and invent a kind of armor to protect the Wookie pelt or give those who’ve already been harmed by the Empire a way to restore their pride.

That is where this Official Chewbacca Costume comes into play.  This brown shirt and pant are decorated with fur print to give you a realistic furry look even if you’ve already come face to fur with the Empire’s newest agents.  The polyfoam bandolier has a pouch to carry your necessities and you can acquire a full on Chewbacca mask and bowcaster or blaster to really finish off the look… and the Empire for good!