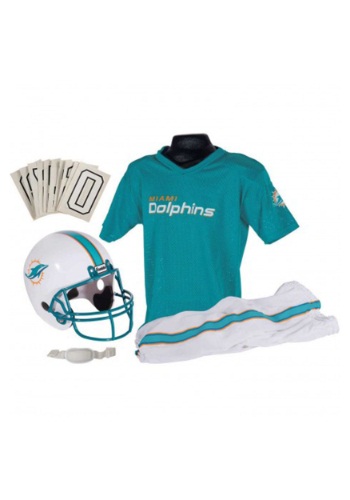 NFL teams are represented by a lot of animals. You’ve got the Panthers, a sleek, jet black nocturnal killing machine that will stop at nothing to get its kill. You’ve got the Eagles, majestic birds of prey that can see their prey from afar with pinpoint accuracy and zoom around the skies like deadly bolts of lightning. You’ve got the Bears, nature’s ultimate mauling machine, enormous, lumbering creatures that even high-powered weaponry will bounce off of like Tic Tacs against a concrete floor. And then you’ve got the Dolphins. Happy, adorable creatures, always ready to frolic in the turf in their never ending quest for love and sardines.Perfect name for a sports team in our opinion. The rest are just compensating for something.

Do you know why The Fins are tough as nails? It’s because they train in Florida, a state so humid that scientists technically classify it as underwater. They’re actually called the Dolphins because half of the time it makes more sense to swim down the field than run it. It’s the only team that has a jet ski as a member of their special teams.

Whether you’ve been a fan of the Dolphins since their explosive debut in 1966 or are only now just coming to love them, you’re sure to get a kick out of our officially licensed NFL Miami Dolphins Uniform Set. It has everything your uniform needs, and it comes with iron patches so you can apply your favorite player’s number.