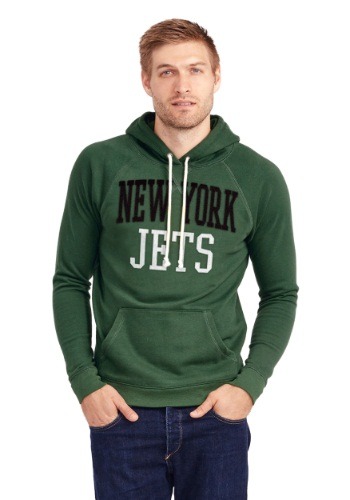 Formerly the Titans of New York, your team is an original member of the American Football League. An original! You’ve played at the Polo Grounds, Shea Stadium and the Meadowlands. You had Alabama’s Joe Namath. #12. Joe Willie. Broadway Joe. Hall of Famer. And head coach Bill Parcells. Ah, the good ol’ days. You even had Brett Favre for a season! A storied legacy for sure. But you have just the one Super Bowl appearance and win against the Colts. That was almost a half-century ago. We have a feeling this sweatshirt is going to bring the Jets the luck they need to get to the Super Bowl again. With the help of the Jets Flight Crew, cheer on the team in your signature New York Jets Half Time Hoodie. You might lack a franchise quarterback and a star rusher, but a win against rival New England Patriots and a Big Game appearance are right around the corner for the Gang Green. We just know it. Look at it this way, the “lucky” sweatshirt can’t make matters any worse.