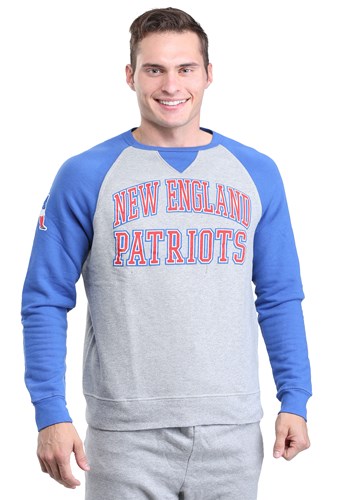 You're a Pats Fan

The Patriots have set up a dynasty like few franchises before, and that's exactly why you're a fan! Or maybe you've been rooting for the Pats before the Brady era, having grown up with the team. Even if you're mostly a recent addition to Patriots nation, no matter. You're a Pats fan, and you like to show it off. So you're going to need some fan gear! And that's what we're here for. We've got a primo selection from the top NFL brands, and this Formation Fleece from Junk Food Clothing is at the top of the pack. It's got classic New England Patriots style, with a touch of retro flair and a cool raglan cut, it's the shirt that's going to have you ready for both the big game, and all the games that you'll watch on their way to the next big game!