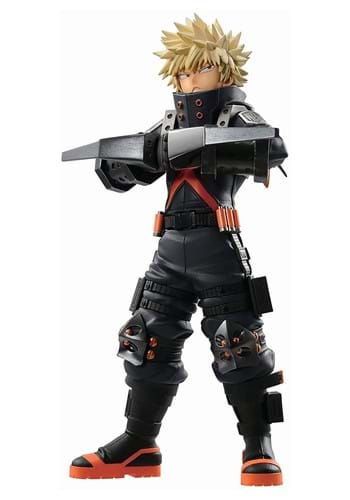 All About that Flash

It's not the most important thing when trying to become the #1 pro hero, but style can't be overlooked. Luckily, Bakugo understands that, and even in stealth mode, UA's most explosive student won't entirely sacrifice his flash! Get a good look at the impressive apprentice hero's sleek and unforgettable costume when you order this My Hero Academia Katsuki Bakugo Bandai Ichibansho Statue for your collection! Modeled after Bakugo as he appears in World Heroes' Mission, this officially licensed figure perfectly captures the confidence and style of your favorite anime character!