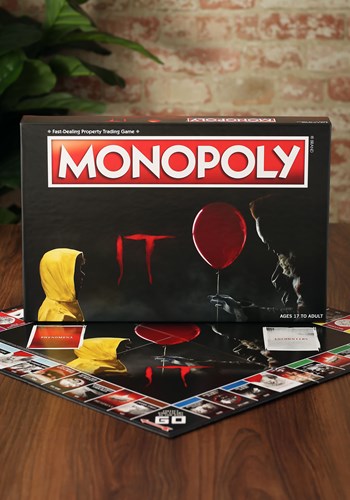 Monopoly IT Board Game

You think landing on someone else's property during a Monopoly game is scary? You ain't seen nothing yet!

Crank up the thrills with a twisted take on the classic game with Monopoly IT Board Game. Based on the horrifying 2017 blockbuster, this game lets you play as one of six reimagined tokens and travel to the terrifying locations from the film. The six tokens include the Balloon, Inhaler, Richie's Glasses, Bicycle, Eddie's Cast and Paper Boat. But it's up to you to find out if they float!