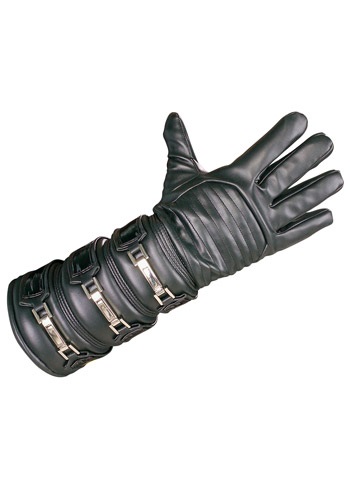 The tale of how Anakin became Darth Vader, the ultimate Sith villain in the galaxy, is a long and sordid story. But it happened, and we got to witness it all in the Star Wars prequel trilogy. Of course, some "things" happened to Anakin along the way, and yes, one of them was him losing his hand in a battle with Count Dooku. But, hey, at least he got a cybernetic hand and a sweet glove out of the deal!

So, it goes without saying, if you're going to suit up in an Anakin Skywalker costume, you're going to need a glove to cover up what would be your robotic hand. So make sure you have this Adult Realistic Anakin Skywalker Glove to complete your Jedi costume.  (It's much easier than trying to create your own cybernetic cosplay!) This glove is a movie replica from Rubies Costumes. It's Star Wars officially licensed, and ready to help you bring the action of the prequel trilogy to life.