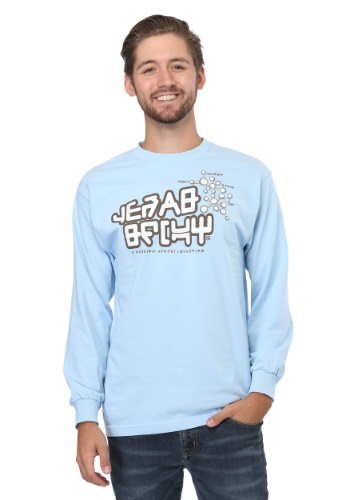 You have to admit that being a space pirate like one of the Ravagers would be pretty cool. You don’t need to lead a crew of ragtag rogues into battle against intergalactic threats to feel like a space pirate. Let us explain.

This shirt—the light blue one that looks just like the one Chris Pratt wore in Guardians of the Galaxy Vol. 2—it’s an officially licensed Star-Lord shirt. It’s made out of 100% cotton, it’s long sleeved and it even has some crazy alien gobbledygook on the front. What does it say? We don’t have the slightest idea, but we can only guess that it probably mentions something about how awesome the Ravagers are. It maybe also says something about saving the galaxy from threats like Ego the Living Planet and other stuff. Just toss it on with your favorite red jacket and you’ll be ready to go.