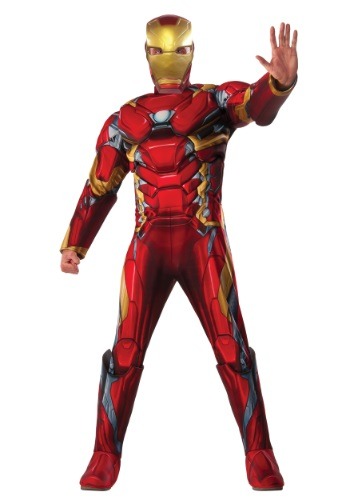 Iron Man is proof that all the Gamma Radiation, super soldier serum, and even the magic of Valhalla doesn’t stack up to one normal man with a mechanical engineering degree and some time on his hands. The Hulk was no match for Tony Stark’s Hulkbuster Armor, pulverising the city in the process but ultimately succumbing to the superiority of technology (and one well-placed sucker punch). While Captain America may have gotten the best of Iron Man in Civil War, it wasn’t a fair one-on-one fight. He had brought Winter Soldier along to help him, and he knew Iron Man wouldn’t go so far as to vaporize him using miniature cluster bombs. And what happened when Thor hit Iron Man with his signature lightning strike? It actually made Iron Man stronger. Iron Man is our guy.

Iron Man is crazy overpowered, especially in the comics. He can survive multiple nuclear blasts, absolutely manhandle Red Hulk, travel around the world in seconds, see everything on earth by interfacing with satellites, use sonic, missile, and energy weapons to dispatch almost god-like foes, and even reform his armor from scratch when its damaged. His armor is so integrated into his body that it’s literally a part of him, more like a superpower than a separate suit he wears. And he’s still sassy at the end of the day. Why be humble when you’re really are that awesome?

With our officially licensed Iron Man Civil War Deluxe Men's Costume, you’ll look like The Invincible Iron Man from head to toe with this all encompassing mask and jumpsuit. The suit is padded to give you Iron Man’s heroic physique, and you can wear normal shoes under it while still looking like Stark thanks to its design. The mask covers the entire face with foam padding around the eyes for comfort. This costume and a pair of gloves are all you need to be Iron Man!