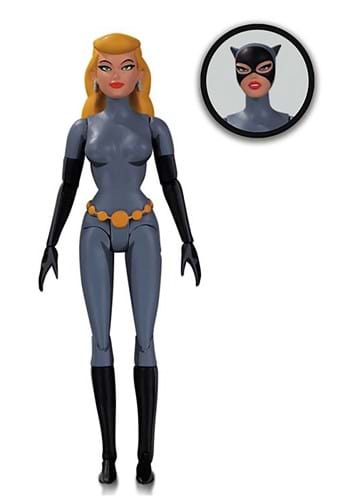 If you were a kid in the 90s, you don't need much explanation for this character. Catwoman has been a staple in DC Comics since her debut, but her popularity really rose after the creation of Batman, then animated series. This really showed new viewer the dynamic between Selina Kyle and Bruce Wayne (plus their alter egos). This officially licensed action figure shows Catwoman in her classic outfit from the cartoon. Interchange her accessories when you want to switch up her look. If you are a fan of Batman or his classic cartoon, you have to check out our McFarlane Batman: The Adventures Continue Catwoman Action Figure.