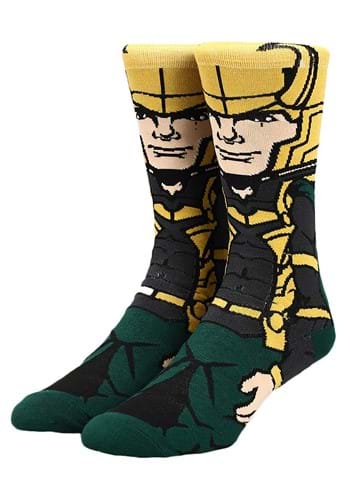 People still debate whether Loki is a hero or a villain. No matter which side you’re on, most of us agree that he does live up to his role as the god of mischief. If you’re a fan of Loki’s shenanigans, you might like these Marvel Loki 360 Character Crew Socks! They’re made with just enough spandex to make them fit comfortably, and they feature this beloved character in his classic outfit.