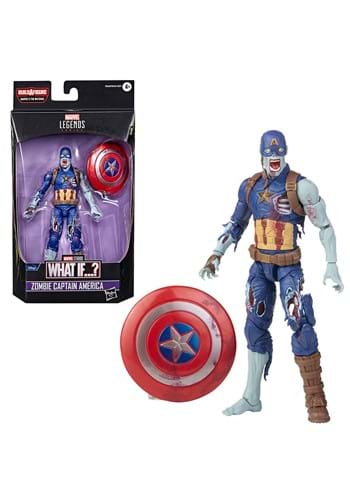 Marvel’s show What If…? explores several different alternate realities that might have happened if just one aspect of a given hero’s story was changed. “What if Captain America were a zombie?” is quite the question to think about. This What If? Captain America Zombie 6-Inch Action Figure shows what this character would look like as an undead version of himself. We’re not sure yet if he would be a hero or a villain, but either way, he looks pretty awesome!