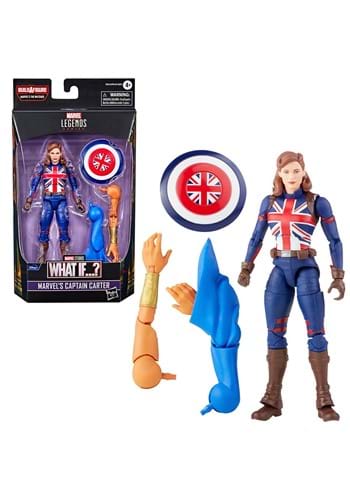 We think Peggy Carter is already a hero, but it’s always fun to imagine what would happen if someone other than Steve Rogers received the Super Soldier Serum. After her transformation, Captain Carter became a formidable soldier who did everything she could to resist HYDRA. This What If? 6-Inch Captain Carter Action Figure lets you decide what her next adventure will be! It also comes with one of six components needed to create The Watcher figure. Collect them all to build this awesome character!