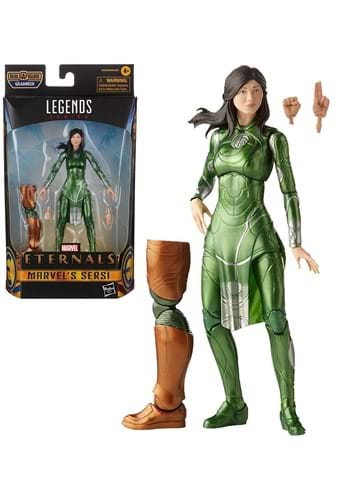 Sure, Ikaris might have super-strength, laser eyes, and the ability to fly, but that doesn't mean he's the most powerful Eternal by a longshot. Sersi's ability to transform matter into another form of matter might seem like a novelty at first, but it has the potential to stop even the greatest of beings in their tracks. She might even have what it takes to bring down  Celestial! This Marvel Legends Eternals Sersi Action Figure brings you the powerful hero from the Marvel film! She comes with various points of articulation and stands 5.5 inches tall. She also comes with alternate hands that you can swap out to create different poses. She also comes with a Build-a-Figure piece! When combined with the other Build-a-Figure pieces forms Gilgamesh!