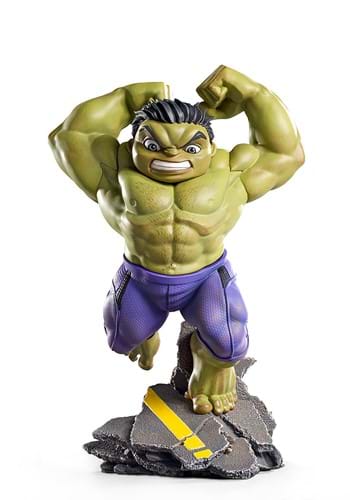 "You wanted to know my secret," Bruce Banner says at the beginning of the Avengers saga. "I'm always angry." Throughout the following attacks and threats by Ultron, Thanos, and more, everyone's favorite green rage monster clearly learned to keep a lid on the tantrums. We're proud of his progress...and also secretly happy he hasn't lost his anger all together because we mostly want to see him grab an alien ship and hurl it into the ground. This Hulk statue from MiniCo captures a powerful and hilarious image of the Hulk's incredible power.