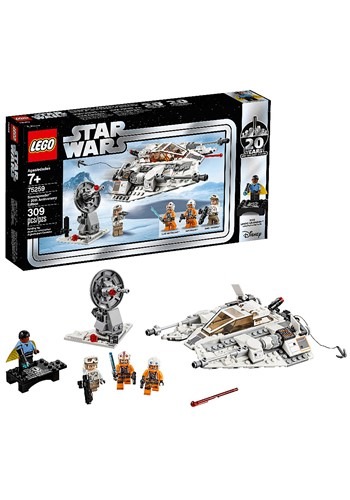 Use the Tow Cable!

You didn't think the Empire would fall after the Death Star was destroyed, did you? No way. And now they're marching across Hoth. Quick, get in your LEGO Star Wars Snowspeeder 20th Anniversary Edition and hold off the AT-ATs until Leia and the rest of the Rebellion can escape. You might be their only hope!