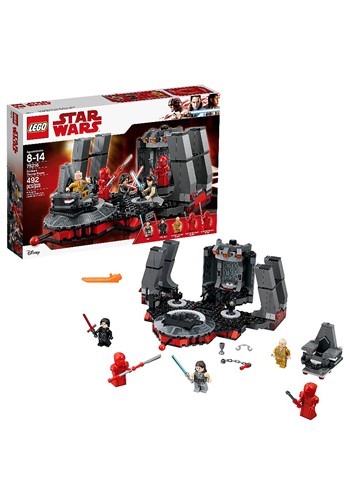 Snoke was a pretty imposing villain, but in the end, Rey and Kylo made short work of him! Relive the epic battle leading up to Snoke's demise with this LEGO Star Wars Snoke's Throne Room Building Set! Included are two Elite Praetorian Guards to battle with Kylo and Rey as well as Snoke himself and assorted weapons. The rotating throne also reveals a secret compartment below. Pick up this set and take a stand against the Empire!