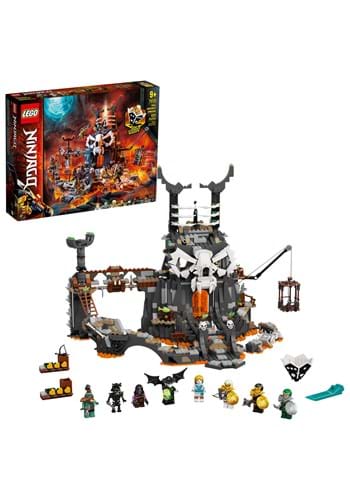 A Ninja's Work is Never Done

The Ninjago just can't seem to catch a break. No matter how many bad guys they beat, they just keep coming! Lord Garmadon, Overlord, Omega—when will they ever end? Well, the Ninjago are always ready to fight off some new villains and it's a good thing, because this LEGO Ninjago Skull Sorcerer's Dungeons Building Set! Of course, this isn't just any ol' normal Ninjago LEGO set. The set doubles as a board game that can be played by any intrepid young heroes who want to explore the dungeon and save the day from the Skull Sorcerer!

This giant set comes with a whopping 1171 pieces. When fully assembled, the set creates a large dungeon, complete with small panels on the floors that act as game spaces for the playable game. It comes with 8 mini-figures, which act as game pieces. You can even combine this one with many other LEGO games to create a larger board! Of course, like all LEGOs, you can disassemble the entire thing to build your own creations! It's a fun option for any young LEGO fan who wants a new way to defeat the bad guys!