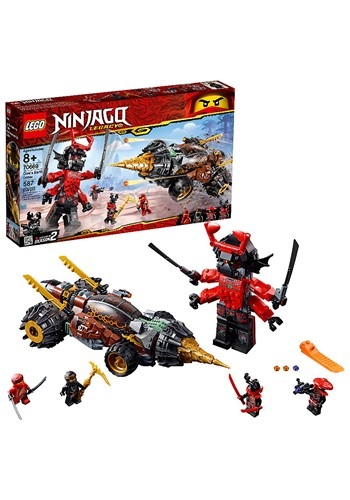 Drilling to the Core of Action!

How do you know when a ninja is sneaking up to attack you? You don't until it's too late! Get some ninjas on your side with this LEGO Ninjago Cole's Earth Driller set. Four character figures are included so you can stage an epic battle against the Giant Stone Warrior. Cole's Earth Driller features an automatic rotating drill, though we don't recommend using it for home repair. It's best suited to ninja battle, trust us!