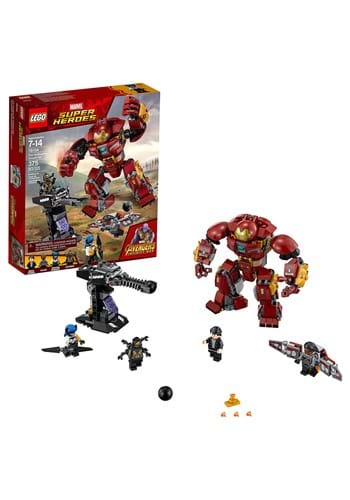 Hulkbuster on Land, Falcon in Sky

The invasion is on! Wakanda is under attack from the forces of Thanos's army, and needs your aid! Assemble the Hulkbuster armor and give Bruce Banner the muscle he needs to take on Proxima Midnight. Bruce won't be fighting alone though. Lego Marvel Super Heroes The Hulkbuster Smash-Up also comes with the Falcon to lend a hand, or wing, to the battle. Watch out for the enemy's turret while flying him around though, the turret launches projectiles with a squeeze! Bring this high powered super hero set to your collection and let the battle begin!