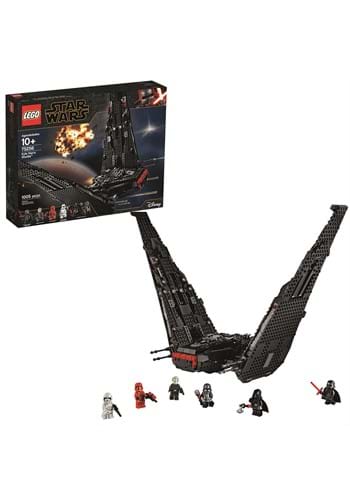 Nobody would say that Kylo Ren is an edgelord. (At least, they wouldn't say that to his face!) Still, the guy loves his intimidating appearances. From his helmet to his crew to his black-winged shuttle, he's channeling the Darkest Side of the Force we've ever seen! Then again, maybe he just needs a few friends to play with. Give this LEGO Star Wars set of Kylo Ren's Shuttle and crew a shot and you might even get the guy to grin!