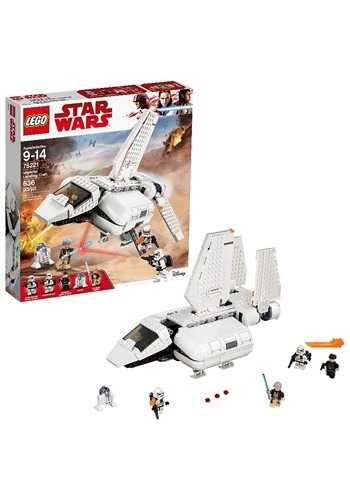 Transport Fit for the Emperor

Look out, Rebels. When you see this ship coming, you know you're about to find yourself dead center in a swarm of Imperial troops! Expand your intergalactic battle with this LEGO Imperial Landing Craft Building Set. The infamous troop transport craft comes with two Sandtroopers, an Imperial Shuttle Pilot to bring her down safely on Tattooine, and to resist the dark forces of the Empire, Obi-Wan Kenobi and the lovable R2-D2. Does anyone else hear that famous, ominous music? Run!