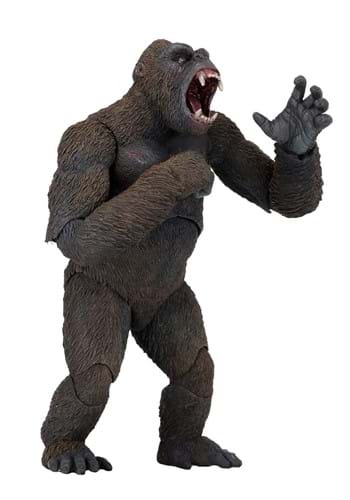 Eighth Wonder of the World

Deep in the hidden jungles of the mysterious Skull Island lurks the world’s mightiest beast. Although clever and mighty, he prefers to be left alone among the dinosaurs and other prehistoric creatures. When threatened, however, he is a fearsome foe! Watch as he explodes from his home island, crosses the sea, and bursts into the city to cause epic pandemonium! He stomps on cars in the streets, beats his chest, and swings from the ceiling fan in your kitchen…wait, what? Oh, this is the action figure, not the actual giant gorilla. It’s so realistic that we were fooled!

This officially licensed King Kong Scale Action Figure is definitely the ninth wonder of the world! As soon as you see it in its display window box packaging, you’ll be amazed at its lifelike details. The figure boasts over 30 points of articulation is a snap to pose. The interchangeable head and hands are just another bonus!