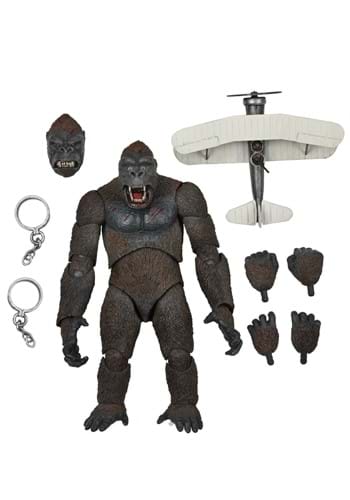 He's Coming for You!

The mighty ape treads across the land, leaving untold destruction in his wake! After departing his home island, his huge footprints have left smoking craters in downtown streets and suburbs. Angered now, he leaps to the top of the Empire State Building, clings to the pinnacle, and releases a mighty roar!....In your imagination, he does. It doesn't really matter if this King Kong Concrete Jungle Action figure is really clinging to a spatula in your kitchen instead of a building in New York City because he looks awesome doing it!