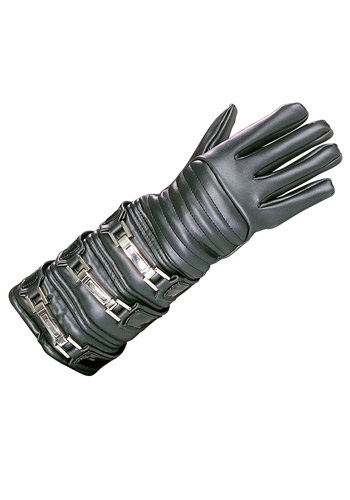 Is he suiting up to become the future Darth Vader? Cool! You won't find any arguments from us. Sure, Darth Vader's the ultimate bad guy of all time, but the Skywalker saga is what makes all the Star Wars film tick, so we're a-okay anytime someone wants to dress up as the future Sith Lord. Of course, being FUN.com, we're all about Star Wars costumes all the time, which is why we've got plenty of costumes to suit up any child or adult as their favorite character.

Complete his Anakin costume with this detailed Jedi Anakin Skywalker glove, and he'll have the movie style done just right. This gauntlet glove is designed to look just like the one worn by Anakin after he loses his hand in Attack of the Clones. It's Star Wars officially licensed from Rubies Costumes, and ready for your kid's next adventure in the galaxy far, far away!