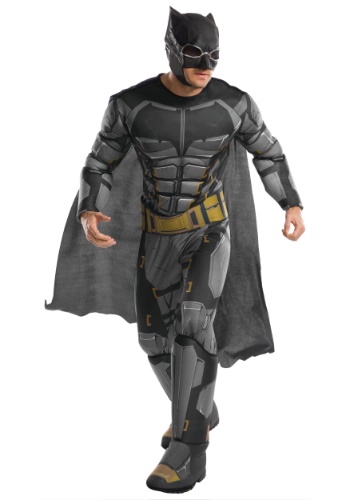 Batman has been kickin’ it in the comic books since 1939. They’ve tried to keep the comic fresh by adding new Batsuit variants and new sidekicks to the roster. Some of their ideas have been wildly successful, and others were… not so much. Here’s a list of failed ideas for new hero variants to add to the Batman family:

The good news is that the Justice League movie brought us a new variant that’s on the list of successful Batman costumes and now, you can dress just like him. This Justice League Tactical Batman costume is based on the one worn by Ben Affleck in the film. It comes with a full-body jumpsuit that has muscle padding the chest and arms along with printed armor on the exterior. It even has foam boot covers attached to the legs. The foam utility belt fits around the waist, while the mask and cape add the finishing touches to the outfit.

Once you have it all on, you’ll be ready to put Night Swing to shame in your shiny new Batsuit.