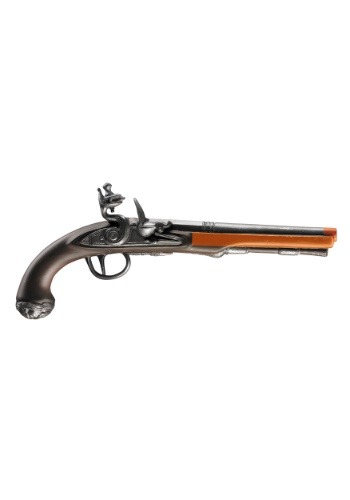 Want to know the first rule of the code of pirates? Never bring a sword to a pistol fight!

…okay, so maybe you should probably bring a sword AND a gun to a pistol fight. And maybe there really are no actual rules of being a pirate ( as Barbossa would say, they’re really more what you’d call guidelines). Either way, if you plan on stepping into the role of Jack Sparrow, you’d better be prepared for any kind of fight and that means you should be carrying this pirate pistol with you!

This Jack Sparrow pistol is a toy based on the weapon used by the classic Pirates of the Caribbean character. You can pair it with your pirate costume or just carry it around during Talk Like a Pirate Day! You may even want two of them if you plan on doing battle with Captain Barbossa!