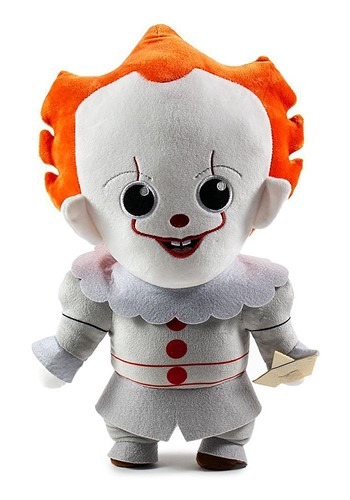 IT Pennywise Hug Me Plush

We understand that Pennywise presenting as a clown worked. But, while we don’t approve of his motivations, we have concluded that he would have been more successful if he’d had a cuter look. See this IT Pennywise Hug Me Plush? It’s the least terrifying clown ever, in fact, you’ve been drawn to it. You want it. You need it. And with 2 AA batteries and a good squeeze, this officially licensed toy will shake himself silly with glee for having been so clever to be a plush instead of a sewer-dwelling clown!