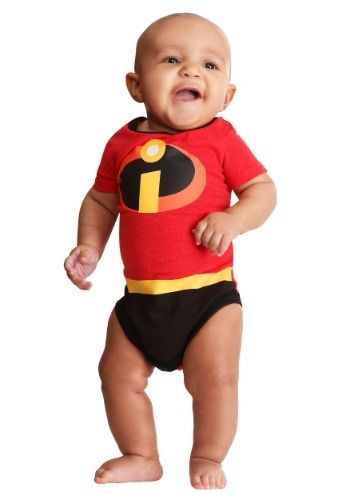 The Power of the Babe

We don't want to toot our own horns but we just knew Jack-Jack had some crazy powers in store for his family. Why is that? Cause every baby we know has scary good powers. Just think about it. They have powers of manipulation. Any baby can throw his bottle to the ground and people rush to pick it up. Yes, anyone. It doesn't matter if the person picking it up is a teenager that refuses to do anything without being nagged or a businessman with manicured nails. It's a human impulse, they've got to pick that ba-ba up! Manipulation isn't the only power every baby fosters. Babies' cries are supersonic. Once they start crawling they move so fast, it's almost creepy. And we haven't even touched on their ability to produce toxic blow-outs!

You know that your baby has some serious superpowers so embrace that incredible side with this adorable, colorful onesie! The soft, comfy fabric will keep your kiddo comfy whether they're dozing or enjoying some tummy time. The snaps at the bottom make changing as easy as it ever is. And most importantly, the "i" logo on the front lets the world know that they'd better watch out cause this kid is incredible!