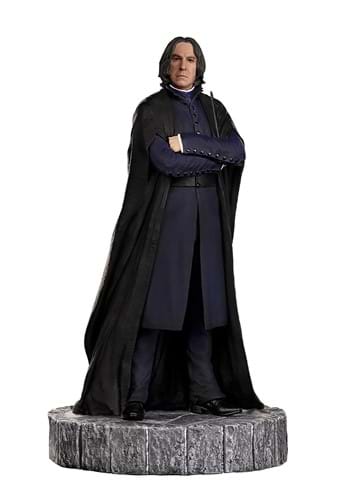 Ugh, not the dungeons again. Everyone dislikes the Potions class - except for Malfoy and his group of bullies - because of its sinister and joyless teacher. Ten Galleons says that he's one of the Death Eaters...oh wait, he's a secret agent? Spoiler alert! This officially licensed Harry Potter Professor Severus Snape Deluxe 1/10 Art Scale Statue depicts the scowling, black-robed Potions master with his arms crossed and wand in hand. No doubt he's thinking of a way to make Potter, Granger, and Weasley's next class miserable.