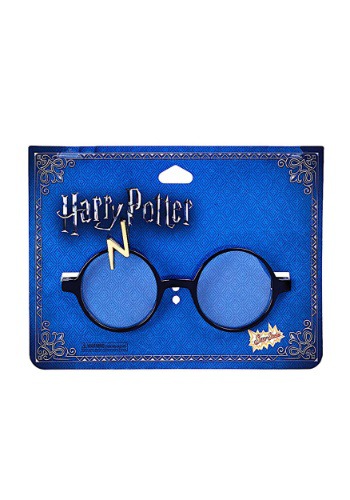 We often dreamed about what it would be like to be the chosen one. You know, taking classes at Hogwarts, learning magic spells and making some awesome friends in House Gryffindor. We could hang out at Hagrid’s little cabin and maybe even play a game of Quidditch or two!

…of course, then we’d have to face off against Lord Voldemort and we’d also have to fight a whole army of Death Eaters just to destroy some Horcruxes. On second thought, maybe stepping into the shoes of Harry Potter isn’t quite the dream scenario that we thought it would be!

The good news is that you don’t have to fight Lord Voldemort or destroy Horcruxes if you want to just LOOK like Harry Potter. These Harry Potter Lightning Bolt Glasses give you a look that comes straight from J.K. Rowling’s book series. It might not make you any more magical than you already are, but you may or may not develop the ability to talk to snakes when you wear them. (Most likely not.)