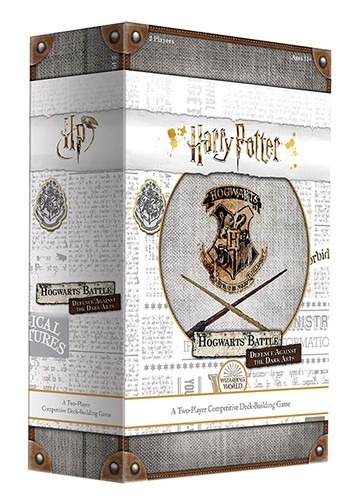 Who doesn't want to go to Hogwarts? Now you can turn game night into a thrilling night at the castle with this Harry Potter Hogwarts Battle Defence Against the Dark Arts: Dueling Club Edition Game! Two players compete to take actions and build their decks, all while trying not to get Stupefied by their opponent.