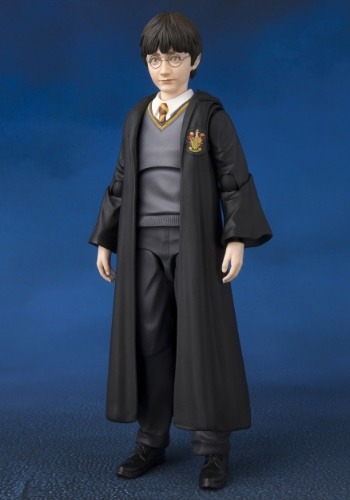 There are a million reasons why people like and feel empathy for Harry Potter's character. Harry faces the same challenges that boys his age do. But, in the world of wizardry training, he also develops relationships with his fellow characters that are regarded to be strange and outsiders of the community norms.

As fans, we admire Harry Potter's ways and desire to claim his qualities as our own.

It's easy to see ourselves in a Harry Potter figure, primarily because of Harry's knack for keeping an open mind and being supportive of friends. By having the ability to bend this figure—and choosing an additional part or extra accessory with which to compliment the figure's pose—you can recreate a favorite movie scene or free your imagination and create your own place in time and space to display Harry Potter.

It might be easy to mistake this figure for a play toy, but we believe that it is far much more than that, as it opens up new doors of imagination and puts you in a place where what you do with this Harry Potter figure can touch the hearts of others.