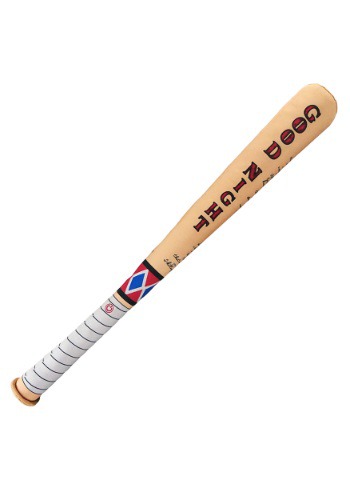 The Suicide Squad had quite a few interesting characters. El Diablo could shoot fire out of his hands, and even turned into some kind of burning god-like guy when the stakes were high enough. Katana had a special sword that could consume the souls of her enemies, and she could do backflips too. Killer Croc had an interesting appetite, Slipknot had the ability to die almost instantly, and Captain Boomerang had...he had, like, two boomerangs. Sweet. But how come Harley Quinn, whose chief powers were to annoy people and bash them in with a baseball bat, stole the whole show?

It’s because she had charisma. All the bullets and fireballs and cannibalism in the world can’t trump personality, which our girl had in spades. (We’d love to ask her out, but we’re a little spooked by her boyfriend.) If you agree that Margo Robbie stole the show and want to steal her look without carrying around a deadly weapon, then we have you covered with our Harley Quinn SWAT Good Night Bat. It even makes realistic bat-like noises!