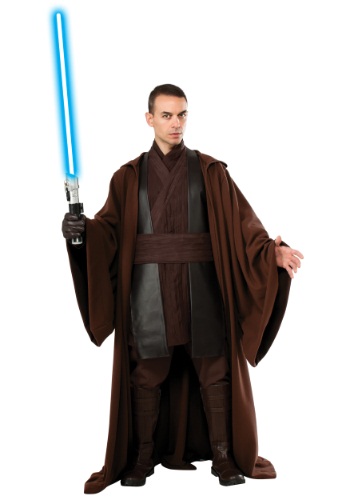 We’ve heard several stories from a galaxy far, far away.  We’ve heard about a number of Jedi warriors and consulars as well as a number of Sith acolytes and inquisitors.  Emperors, senators, clones, and droids alike have all learned that one name is going to be repeated over and over until our own contemporary time is described as “a long time ago.”  Of course, we speak of the man foretold to bring about balance to the Force:  Skywalker.  Long before he placed the dark helmet on his head and became the Sith Lord of the Emperor and the antagonist that would bring about so much pain until finally acting as the hand that truly did bring balance back, he was Anakin Skywalker, an excitable kid who just wanted to be a Jedi, and a Jedi who just wanted to keep those he loved alive.

Of course, that’s a pretty quick summary of a guy that had a lot going on in his head.  Trying to walk a gray path in a world that demanded he be Light or Dark Side, Anakin just had a rough time consolidating the idea that he might be an ordered knight and a man in love.  And, honestly, who can really blame him for that!?  Sure, he went way, way too far, eventually, but it isn’t like he didn’t try to get some good advice from Yoda.  If only the green Master Jedi could have spoken straight for him!

Well, whether you’re a Skywalker bound for the Dark Side or the one who still has hopes for the Light, this officially licensed Grand Heritage Anakin Skywalker Costume is going to be the perfect look for you to achieve your goals (or fail miserably in the attempt).  The brown tunic has comfy bell sleeves and goes perfectly with the brown robe and its oversized hood and leather look of the pant.  You’ll have to wield the Lightsaber of Obi-Wan Kenobi at least until you decide which path you are going to fight for, though!