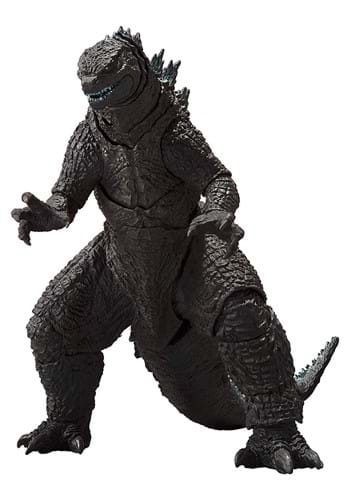 The King of Kaiju

The world has plenty of Kaiju, but only one Godzilla. Many other monsters have tried to match the glory of Godzilla, but all have fallen by the wayside. Old 'Zilly has smashed most of Tokyo. He's wrestled with King Ghidorah and defeated Mothra. He's blasted apart the horizon with his Atomic Breath and he's even tangled with King Kong. Now, he's ready for his greatest feat of all... becoming part of your collection!

Yep, this amazing S.H. Monsterarts Godzilla Vs. Kong Action Figure perfectly captures the likeness of the gargantuan beast from the films.

The high-quality Godzilla collectible comes officially licensed from the film and is crafted out of sturdy PVC material. The mold recreates all of the scaly detail seen in the movie. It stands 6" tall and features plenty of points of articulation, so you can pose Godzilla in your favorite action pose. He also comes with interchangeable claws for further customization! You can recreate one of his epic battles against King Kong, or you can let Godzilla get some much-needed rest and recovery by letting him chill on your shelf inside the box! This is definitely a must-have collectible for any true Godzilla fans out there!