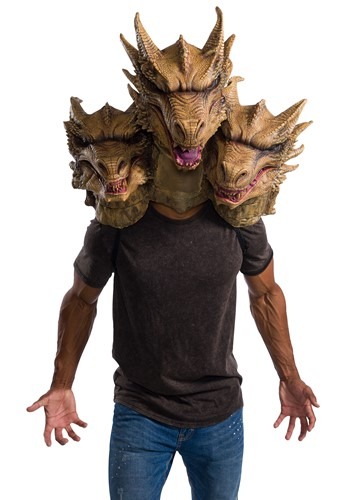 When you're a giant, fire-breathing lizard like Godzilla, not much scares you - except for a triple-headed, angry prehistoric monster who would really like to unite all of the remaining Titans to destroy the world. This officially licensed Godzilla King of the Monsters: King Ghidora Full-Head Latex Mask will transform you into a terrifying creature thanks to its realistic-looking details. The central head features eye holes for limited vision and has one matching head attached to each side. Godzilla (or anyone dressed as Godzilla) won't know which head to focus on, which will really limit his attack power!