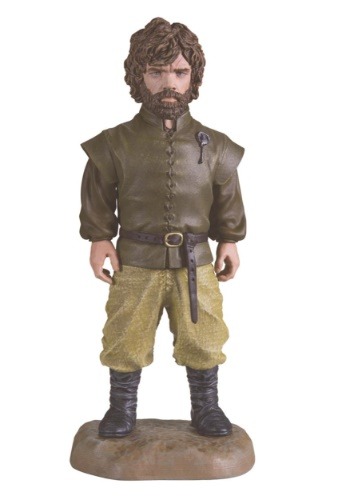 Tyrion Hand of the Queen GOT Figure

Of course, this Game of Thrones Tyrion statue is just that—a statue. He might not be able to give you tips on how to manage your people and he may not have any clever plans to help you route out spies, but he does stand quite stoically. Sometimes, that’s all you need in an advisor!

This figure is made out of molded resin and comes standing on a solid base. He has impressive details, including the thick beard that he’s been sporting during his travels in Essos and a Hand of Queen pin attached to his chest. He measures nearly 6 inches tall and he’ll stand by your side indefinitely! Just looking at him makes you feel a little more in control of every situation.