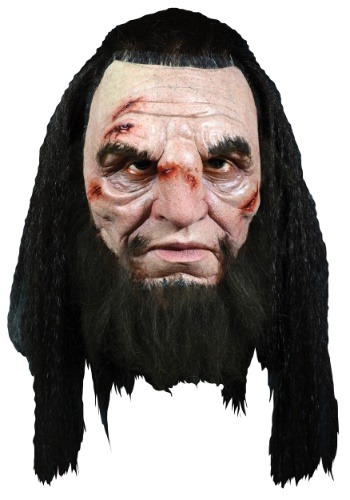 Have you ever thought about what it would be like to feed a growing giant in the frostbitten peaks of the Northern mountains? According to Nan, they eat porridge mixed with blood and full-grown bulls. That's a lot of oatmeal and beef for a growing giant kid! Well, all that food is going to be worth it if you've got a giant on your side.

When it comes to taking down the heinous Ramsey Bolton, Jon Snow's free folk and Stark forces wouldn't have been able to do it without the intensity of good ol' Wun Wun. He might not have been the smartest soldier in Jon Snow's army but he was certainly the most effective! Also, we don't want to step on any toes, giant or otherwise but we think he has one of the most impressive heads of hair out there. Even in the most hipster of breweries, you're not going to find a chin beard that's as impressive as his and combined with his long locks that surrounds his humongous forehead.

Whether you're seven feet tall or you're closer to the standard more human height, you're sure to have fun when you're dressed up as the most intense giant we've seen in a while. This mask is a must-have for your Wun Wun costume. It's very detailed with aged-looking skin, some nasty gashes, and some serious facial hair. It'll cover your whole face so no one will expect your human heritage. Hey, you won't even need to eat a whole bull and any blood porridge!