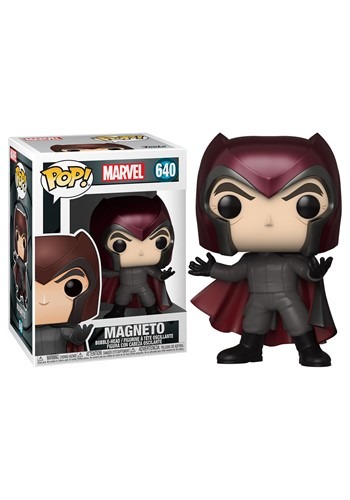 Gosh, it doesn't seem like that long ago! It's been 20 years since the first X-Men movie came out... and we can admit it now. When we first heard that Sir Ian McKellen was cast in the role of Magneto, we were skeptical. After all, Magneto was a totally ripped beefcake in the comic books, and Sir McKellen, even though he's quite the vibrant man, won't be winning any bodybuilding competitions any time soon.

Of course, then the movie came out. We were wrong. Incredibly wrong! Sir Ian McKellen was amazing, like he always is, and he's now the premiere image of the X-Men villain. This POP! X-Men 20th Magneto Bobblehead captures that version of the character in all of his glory (with a little dash of Funko style peppered into it).