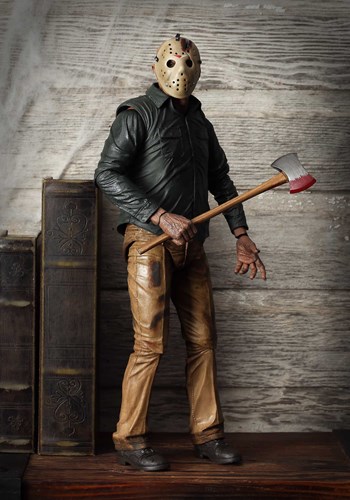 What's the scariest part about Jason? It isn't the terrifying mask. It isn't even the bloody machete. Not even that he kind of ignores bullets. It's that even when he's down, he'll be coming back... eventually. At least with this quarter-scale Jason action figure, he's on your side! (And, even if he isn't, he's under 20 inches tall, so you can probably beat him!)