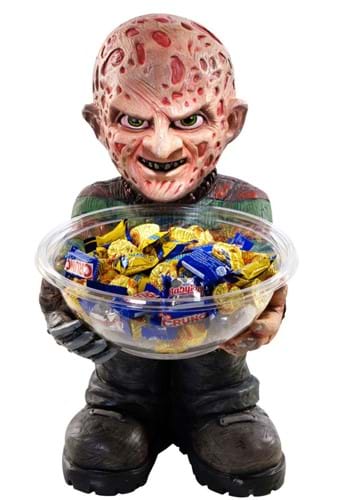 One, Two, Freddy's Got Candy for You

Ordinarily everyone would tell you not to take candy from a scarred guy with a weaponized hand who is clearly thinking some sinister thoughts. But it's Halloween, so go for it! This officially licensed Freddy Krueger Candy Bowl depicts a nearly two-feet-tall Freddy with his iconic burn marks and red-and-green-striped sweater. He holds a clear plastic bowl in his mismatched hands. Take a treat if you dare! Hopefully being busy handing out candy will keep Elm Street's greatest threat from wandering around inside anyone's dreams.