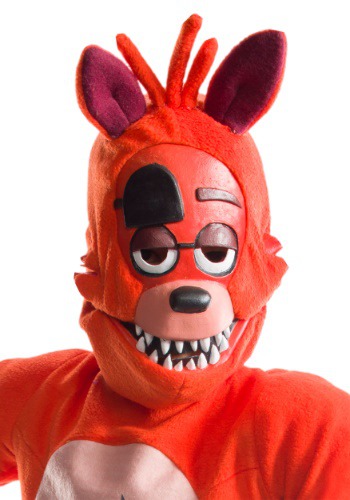 Doesn’t Foxy look a little like the most interesting fox in the world? We often imagine what he likes to do when he’s scaring the pants off of people who wander into Freddy Fazbear’s Pizza. Does he travel to exotic locations, or sit in restaurant booths with an intrigued look on his face? Does he go spelunking in caverns in the middle of the Caribbean Islands? Does he live vicariously through himself?

Or maybe he truly is just a frightening terror machine bent on the destruction of all trespassers! Either way, this licensed Five Nights at Freddy’s mask and hood combination gives your child a chance to transform into the character from the video game. It’s made to look just like Foxy and it even has a little eyepatch attached to his eyebrow. Now, get out there and stay scary!