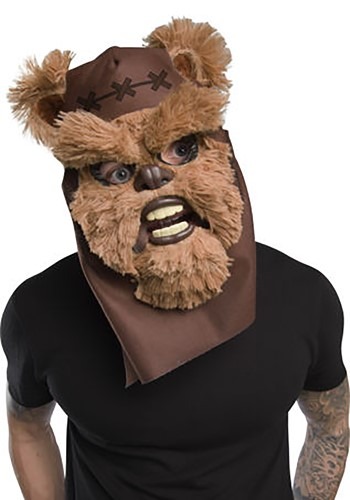 The universe holds so many unanswered questions. How large is space, really? What's in the center of a black hole? What are those orange circus peanut candies really made of? But the biggest question of all is: How did so many trained Storm Troopers get taken out by fuzzy little teddy bears? If we had to make a guess, though, it would be that the Storm Troopers were no match for the Ewok's cuteness powers. When you wear this officially licensed Ewok Mouth Mover Mask, you can harness that power for yourself!