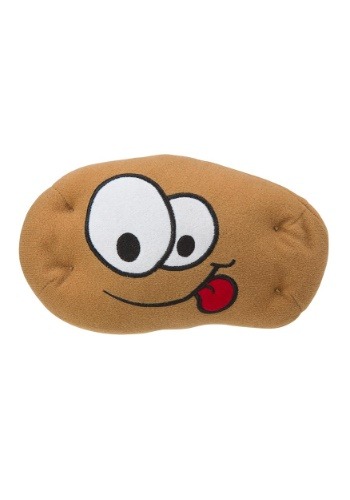 The olden days were tough. Did you know that in order to play hot potato, they had to actually toss a potato into a fire, then pick it out after it reached an uncomfortably high temperature? Then, they’d toss it at each other (there were many potato-related injuries back then). The first person to drop the potato would lose the game. The winners would feast upon the poor potato. The good news is that we live in the modern age! If you want to play hot potato, then you just need this easy-to-use Electronic Hot Potato Game. It’s also much, MUCH safer than the historical alternative.

This Electronic Hot Potato Game comes with a plush potato that has a goofy face on the front. The game is quite simple. Just start the potato up and it will begin to play music. Keep that potato in motion! If you’re holding the potato when the music stops, then you lose.

Okay, so maybe we’re not quite sure if our ancestors were playing with piping hot tubers in their spare time, but you have to admit that this Hot Potato game sounds a lot more fun than the strange alternative of playing with an actual potato!